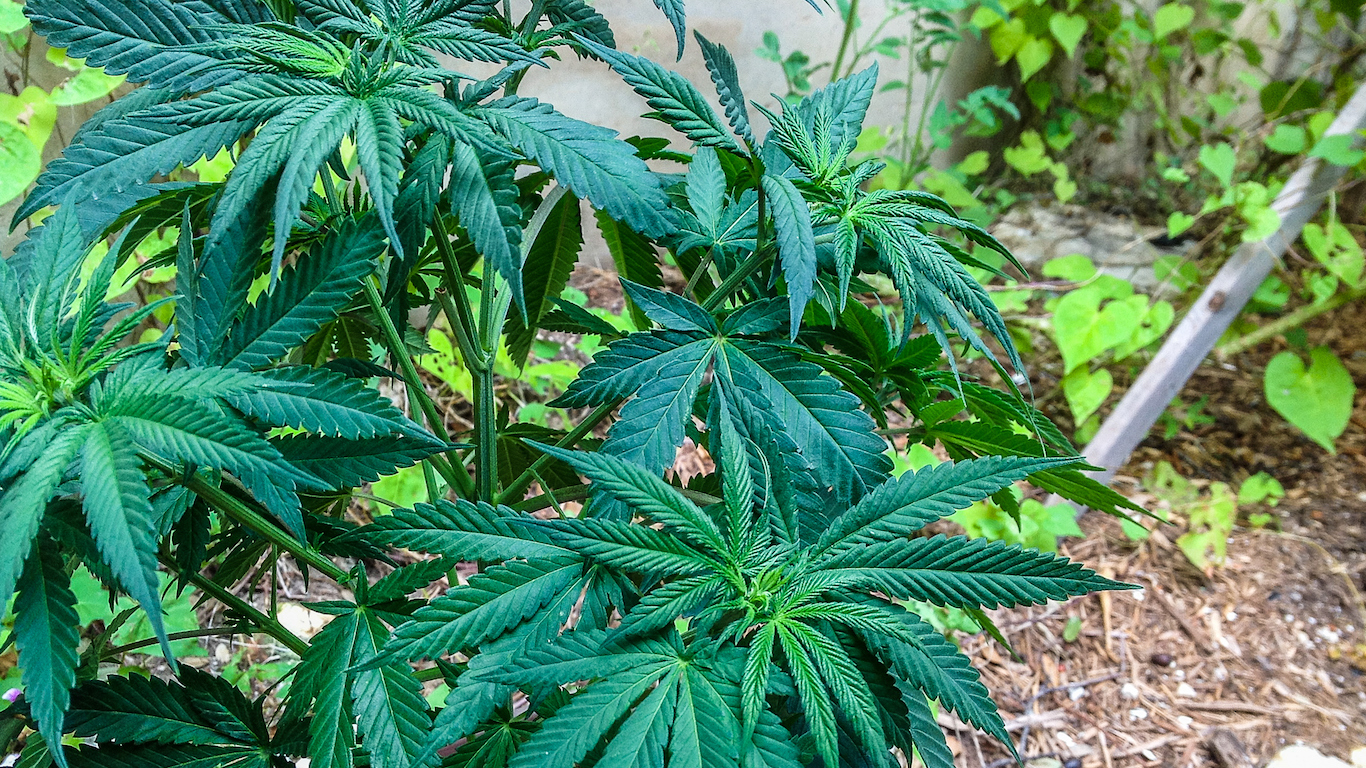 The pack of companies at the top of the marijuana sector changed dramatically in 2018, largely the result of significant investments from large consumer products firms buying their way into the market for cannabis products. The U.S. market for legal cannabis products is forecast to grow from $8.5 billion in 2017 to around $11 billion in 2018, more than doubling to $23.4 billion by 2021. For beverage and tobacco companies where sales have stalled or fallen, this is a growth opportunity too tempting to ignore.

In addition to softening sales, big beverage and tobacco companies that get into the market early may be getting a bargain, even if the valuations of the cannabis companies appear generous. Cannabis industry research firm Arcview Group CEO Troy Dayton commented last June:

The end of marijuana prohibition is in sight and what that means for this market cannot be overstated. There are billions of dollars in institutional capital chomping at the bit to take advantage of this shift, but so far haven’t found a major way in. This leaves a limited window for businesses to get a foothold and build value for liquidity events that might come sooner than any of us thought possible just a few months ago.

Looking back at 2018, there were three other major developments in the marijuana industry. Two were directly related to marijuana products: the beginning of legal recreational marijuana sales in California and the start of legal recreational sales throughout Canada, despite delays to Canada’s launch and regulatory issues in California. These two locations are expected to capture 41% of the global market in 2022.

The third was the removal of industrial hemp from the U.S. list of Schedule I controlled substances. The change opens the door to the production and sale of non-psychoactive CBD products promoting wellness. Canaccord Genuity has forecast demand for CBD beverages of around $260 million by 2022 from essentially zero today. Demand for beverages containing THC, the psychoactive ingredient in marijuana, is expected to reach $340 million in the same time frame, up from around $106 million currently.

Which are the largest marijuana companies best positioned to take advantage of the coming boom in legal cannabis sales? One way to look at that is to identify the largest companies in the sector and see how they have performed over the past year.

To do that we looked at the top 10 U.S. and Canadian companies by market cap. We included only those companies that trade on major exchanges. Where one company trades on the Toronto Stock Exchange (TSX) in Canada and over the counter in the United States, we use only the exchange data for market capitalization. For companies that trade on both a U.S. and a Canadian exchange, we have used the data for the U.S. exchange.

Here are the 10 largest marijuana companies, listed by market cap as of December 31, the last trading day of 2018, along with the company’s share price growth since 2017 or its listing. Toronto-traded equities are shown in Canadian dollars (as of December 31, C$1 equals $0.733).

Canopy Growth Corp. (NYSE: CGC) is a diversified cannabis company that produces and sells legal marijuana in the Canadian medical and recreational market. The company’s market cap is up by about 63% since listing on the NYSE in mid-January of 2018. Shares closed at $26.87 on Monday, and the stock’s 52-week range is $16.74 to $59.25. The consensus price target on the stock is around $48.

Tilray Inc. (NASDAQ: TLRY) is another Canada-based company that produces mainly medical marijuana. Following its Nasdaq listing in July, shares jumped nearly nine-fold before settling back down. The company did not even exist in 2017. Shares closed at $70.54 Monday, and the stock’s 52-week range is $20.10 to $300.00. The consensus price target on the stock is $140.00.

Aurora Cannabis Inc. (NASDAQ: ACB) is another Canadian company focused on growing and selling medical marijuana. In July, the company acquired grower CanniMed for $1.1 billion, and in May, Aurora paid $2.5 billion to acquire MedReLeaf, another Canadian marijuana grower (both were included in last year’s top 10). The company’s market cap has grown from $4.25 billion a year ago. Shares closed at $4.96 on Monday, and the stock’s 52-week range is $4.05 to $12.53. The consensus price target is $9.34.

Is CBD Oil Legal? Laws & Regulations in the U.S.