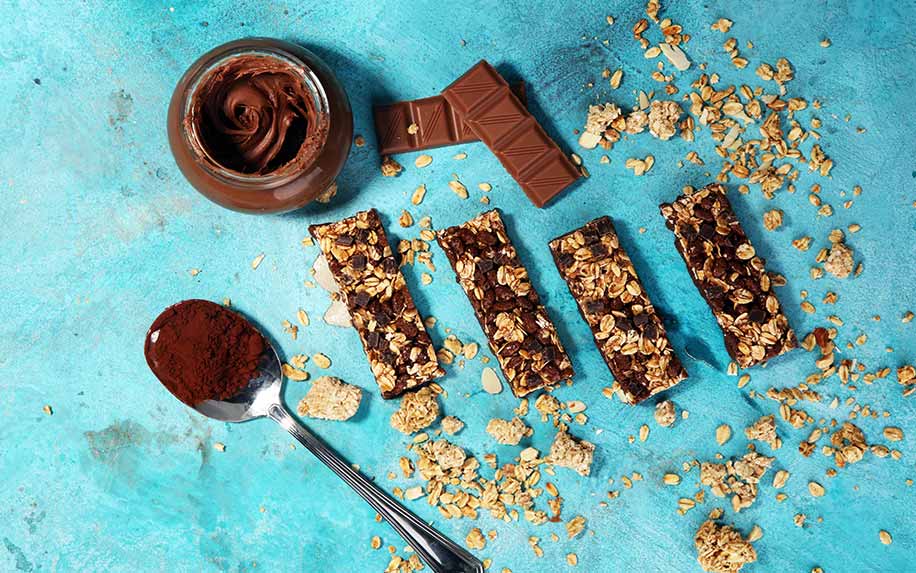 Ever since the original Power Bar made its first appearance in 1986, Americans have been infatuated with protein bars. When Luna Bars, the first such products marketed directly at women, hit store shelves in 1999, it marked the next step of their evolution from niche curiosity to mainstream staple. Twenty years later, the evolution continues with the advent of CBD protein bars.

The explosion of CBD onto the health and wellness market following the passing of the 2018 Farm Bill has already made an impact on the sports nutrition. Its much-touted ability to combat pain and inflammation make it a logical supplement for anyone who pushes the boundaries of their bodies — at least in theory. While clinical research into their benefits and risks is still limited, consumers have already embraced them: CBD protein powders and infused shakes are now a common feature on the shelves of some of the nation’s biggest sports supplement stores, like GNC.

Now, CBD protein bars are poised to become the next big infused fitness trend. The most recent example comes from a California-based brand called Shredibles, which just announced a new line of CBD-infused protein bars. These contain 20 mg of broad spectrum CBD per bar and come in flavors including dark chocolate, blueberry, white chocolate, macadamia, and peanut butter. Like most CBD products, they’re somewhat pricey, going for $5.50 a piece.

That’s actually relatively inexpensive for a CBD protein bar — EVER HEMP’s own bar costs $8, though it contains more CBD (25 mg per bar), and that CBD is of a higher quality (it’s a full spectrum oil, which is the most effective variety). More affordable options are also available, like Beam’s CBD Powered Protein Bars that retail at $25 for a pack of six, though the brand’s website contains minimal information on what type of CBD they contain.

Choosing the right one is important, but it’s not quite as simple as picking the one with the most protein or the most CBD. There are other factors to consider, as nutrition coach and certified personal trainer Jessica Cifelli told Forbes. “How we decide to refuel post-workout can directly impact our body composition, recovery, and performance.” She is one of many in the industry who advocate for replenishing lost nutrients and energy post-workout with a high protein snack.

But not all protein bars do this, according to Cifelli. “Many protein bars … are simply glorified candy bars,” she said, advising that customers “look beyond the protein content by checking the carbohydrates, sugar content, and [looking] through the ingredient lists to avoid unwanted chemicals and fake sugars.”

What’s the Point of a CBD Protein Bar?

The premise behind these new snacks is that they combine all of the usual benefits of a protein bar with the added value of CBD. But what exactly are those benefits?

Here’s what the protein itself brings to the table:

Some of these benefits overlap with those of CBD. For example, CBD’s ability to promote sleep can also help with muscle recovery, since this is when the body’s muscle fibers repair the damage caused by a grueling workout. There’s also evidence that CBD could help reduce your appetite, which is another way to avoid scarfing down junk food between meals.

However, the biggest (potential) benefit of CBD protein bars is their ability to relieve the pain and inflammation that often accompany intense exercise. Studies have found it’s a potent natural anti-inflammatory, and CBD’s pain-relieving qualities have been shown to be effective against lower back pain and other common maladies.

This is one of the main reasons it’s been increasingly embraced by fitness professionals. As Liz Letchford, one of San Francisco’s most in-demand personal trainers, told Svn Space, “I deal with a bit of joint inflammation which gets exacerbated when I train hard. Taking CBD helps to subtly calm that inflammation and provide a bit of pain relief so that I can feel my best and show up healthy and pain-free for my clients.”

Still, it’s wise to approach CBD protein bars with a bit of caution. Aside from their ingredients, which vary widely and can sometimes include added sweeteners or artificial flavorings, there’s no clinical evidence that they’re an effective method for getting the health benefits of CBD.

About Us | Lazarus Naturals

How To Make CBD Oil At Home: Become An Expert!

Explained: What is CBD oil? What are the legalities of its use in India?