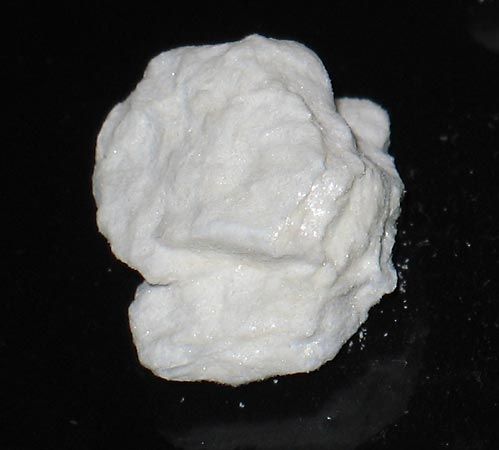 To consider drugs only as medicinal agents or to insist that drugs be confined to prescribed medical practice is to fail to understand human nature. The remarks of American sociologist Bernard Barber are poignant in this regard:

Not only can nearly anything be called a “drug,” but things so called turn out to have an enormous variety of psychological and social functions—not only religious and therapeutic and “addictive,” but political and aesthetic and ideological and aphrodisiac and so on. Indeed, this has been the case since the beginning of human society. It seems that always and everywhere drugs have been involved in just about every psychological and social function there is, just as they are involved in every physiological function.

The enhancement of aesthetic experience is regarded by many as a noble pursuit of humans. Although there is no general agreement on either the nature or the substance of aesthetics, certain kinds of experience have been highly valued for their aesthetic quality. To German philosopher Arthur Schopenhauer (The World As Will and Representation), contemplation was the one requisite of aesthetic experience; a kind of contemplation that enables one to become so absorbed in the quality of what is being presented to the senses that the “Will” becomes still and all needs of the body silent. Drugs reportedly foster this kind of nirvana and are so used by many today. For German scholar and philosopher Friedrich Nietzsche (Birth of Tragedy), humans are able to lose their futile individuality in the mystic ecstasy of universal life under the Dionysiac spell of music, rhythm, and dance.

Love is a highly valued human emotion. Thus, not surprisingly, there has been a great deal of preoccupation with the feeling of love and with those conditions believed to enhance the attainment of love. Little is known concerning the aphrodisiac action of certain foods and drugs, but both have been associated in people’s minds with the increased capacity for love. Though the physiological effects may be doubtful, the ultimate effect in terms of one’s feeling of love is probably a potent incentive for the repetition of the experience and for those conditions believed to have produced the experience. Hallucinogenic substances such as LSD are said by many to induce a feeling of lovingness. But what the drug user regards as love and what persons around the user regard as love in terms of the customary visible signs and proofs often do not coincide. Even so, it is plausible that the dissipation of tensions, the blurring of the sense of competition, and the subsidence of hostility and overt acts of aggression all have their concomitant effect on the balance between the positive and negative forces within the individual, and, if nothing else, the ability of drugs to remove some of the hindrances to loving is valued by the user.

Native societies of the Western Hemisphere have for thousands of years utilized plants containing hallucinogenic substances. The sacred mushrooms of Mexico were called “God’s flesh” by the Aztecs. During the 19th century the Mescalero Apaches of the southwestern United States practiced a peyote rite that was adopted by many of the Plains tribes. Psychedelic drugs have the unusual ability to evoke at least one kind of a mystical-religious experience, and positive change in religious feeling is a common finding in studies of the use of these drugs. Whether they are also capable of producing religious lives is an open question. Their supporters argue that the drugs appear to enhance personal security and that from self-trust may spring trust of others and that this may be the psychological soil for trust in God. In the words of English novelist Aldous Huxley (The Doors of Perception): “When, for whatever reason, men and women fail to transcend themselves by means of worship, good works and spiritual exercise, they are apt to resort to religion’s chemical surrogates.”

American philosopher and psychologist William James (The Varieties of Religious Experience) observed at the beginning of the 20th century that “our normal waking consciousness, rational consciousness as we call it, is but one special type of consciousness, whilst all about it, parted from it by the filmiest of screens, there lie potential forms of consciousness entirely different.” Some people deliberately seek those other forms of consciousness through the use of drugs; others come upon them by accident while on drugs. Only certain people ever have such a consciousness-expanding (psychedelic) experience in its fullest meaning, and the question of its value to the individual must be entirely subjective. For many people, the search for the psychedelic experience is less a noble aim and more the simple need of a psychic jolt or lift. Human conduct is a paradox of sorts. Although people go to great lengths to produce order and stability in their lives, they also go to great lengths to disrupt their sense of equanimity, sometimes briefly, sometimes for extended periods of time. It has been asserted that there are moments in everyone’s life when uncertainty and a lack of structure are a source of threat and discomfort, and moments when things are so structured and certain that unexpectedness can be a welcome relief. Whatever the reason, people everywhere and throughout history have deliberately disrupted their own consciousness, the functioning of their own ego. Alcohol is and has been a favourite tool for this purpose. With the rediscovery of some old drugs and the discovery of some new ones, people now have a wider variety of means for achieving this end.

In some instances, drug use and abuse appear to be learned behaviours. Research has shown, for example, that children whose parents used marijuana have a significantly increased likelihood of abusing alcohol and other substances as teens or young adults. An individual may also have a peer or peers who serve as role models of drug use behaviours and effectively normalize drug use.

Many persons face situations with which, for one reason or another, they cannot cope successfully and in the pressure of which they cannot function effectively. Either the stresses are greater than usual or the individual’s adaptive abilities are less than sufficient. In either instance, individuals may turn to any of a variety of tranquilizing and energizing drugs, which are used as a means of dealing with problems that they otherwise cannot face. Some situations or stresses are beyond the control of the individual, and some individuals simply find themselves far more productive with drugs than without drugs. An enormous amount of drug support goes on by way of familiar home remedies, such as aspirin, a luncheon cocktail, or a customary evening drink. Few people, however, refer to these practices as “drug support.” There is no clear dividing line between drug support and drug therapy. It is all therapy of sorts, but deliberate drug manipulation is a cut different from drug buffering, and much of the psychological support function is just that—taking the “raw edge” off of stress and stabilizing responses.

The therapeutic use of drugs is so obvious as to require little explanation. Many of the chemical agents that affect living cells are not capable of acting on the brain, but some of those that do are important in medical therapeutics. Examples are alcohol, general anesthetics, analgesic (painkilling) opiates, and hypnotics, which produce sleep—all classified as central-nervous-system depressants. Certain other drugs—such as strychnine, nicotine, picrotoxin, caffeine, cocaine, and amphetamines—stimulate the nervous system. Most drugs truly useful in the treatment of mental illness, however, were unknown to science until the middle of the 20th century. With the discovery of reserpine and chlorpromazine, some of the major forms of mental illness, especially the schizophrenias, became amenable to pharmacological treatment. These tranquilizing drugs seem to reduce the incidence of certain kinds of behaviour, particularly hyperactivity and agitation. A second group of drugs achieved popularity in the management of milder psychiatric conditions, particularly those in which patients manifest anxiety. This group includes drugs that have a mild calming or sedative effect and that are also useful in inducing sleep. Not all drugs in psychiatric use have a tranquilizing action. The management of depression requires a different pharmacological effect, and the drugs of choice have been described as being euphorizing, mood-elevating, or antidepressant, depending on their particular pharmacological properties. There are drugs useful in overactive states such as epilepsy and parkinsonism. Some so-called psychedelic drugs also may have therapeutic uses.

Drugs have other functions that are not so intimately related to individual use. Several important early studies in physiology were directed toward understanding the site and mode of action of some of these agents. Such studies have proved indispensable to the understanding of basic physiology, and drugs continue to be a powerful research tool of the physiologist. The ability of drugs to alter mental processes and behaviour affords the scientist the unique opportunity to manipulate mental states or behaviour in a controlled fashion. The use of LSD to investigate psychosis and the use of scopolamine to study the retention of learning are examples. The use of drugs as potential instruments of chemical and biological warfare has been studied and pursued by many countries and clandestine operations.

CBD Water Works – Wellness you can taste. Function you can feel.